With a precious couple of hours to spare, I decided to take a walking tour to an area of Neve Tzedek in Tel Aviv, which I am not totally familiar with. With a thirst for knowledge and a desire to hear some historic stories , I invited a sweet girlfriend to join me on my adventure. She willingly agreed with a promise of an interesting afternoon and something new to 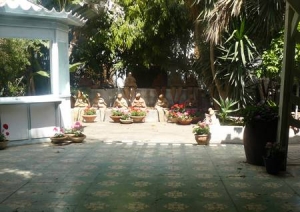 debate about.  As an aside, I did mentio 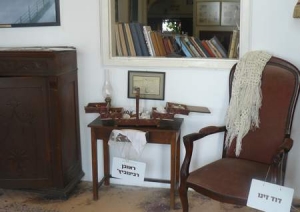 Off we set, following the very experienced, very knowledgeably, multilingual and colorful tour guide Paule. She indeed has a fascinating story telling skill, inserting amusing puns whilst explaining the history and the significance of the district. What struck me however was that she was aware of little museums and galleries that I had previously overlooked on my trips. One such museum was Rokach House, which I will concentrate on today..

Neve Tzedek, was the first Jewish neighborhood beyond  Jaffa and it was in 1884 that a young man named Shimon Rokach arrived at the Jaffa port and commenced the expansion of  independent Jewish districts. Jews until the creation of Neve Tzedek had lived in squalor in overcrowded dwellings bordering hostile Arab villages. It was only when Rokach convinced the families living there to unite with the objective of creating a new residential area, that a vision became reality. 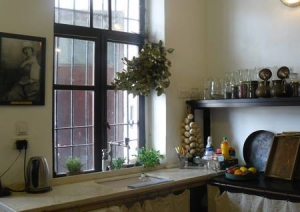 were selected by way of a lottery and in 1887 ten houses were built including the Rokach House. 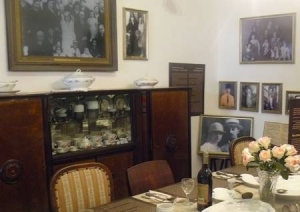 These were the pioneers of a new district which later expanded into the largest city in Israel, Tel Aviv. Rokach as the power base behind the development was chosen as Head of the community , his residence used for community gatherings as well as functioning as the local Town Hall.

These foundling families established a beautiful residential area. They were the first inhabitants to enjoy the unheard of luxury of private kitchens and bathrooms, which until that point had been customary to share with neighbors. .. It was given the name “Little Paris” emulating the red roofs of Europe and structural designs plus the planted flora. Rokach House was renown for its copper cupola which was admired by many visitors.

Shimon Rokach was very diverse in his activities in the community. He served as the key negotiator with the Turkish officialdom and successfully achieved his goal in the provision of schools, a hospital, library and cemetery. By 1909 when Tel Aviv was established, Neve Tzedek and other neighborhoods which developed around it were thriving having all the utilities required in a flourishing town. Rokach 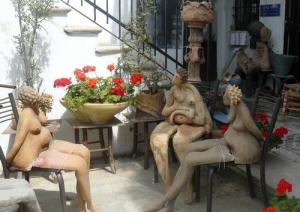 also lead the advancement of orange grove plantations in the Sharon area, along the bank of River Hay 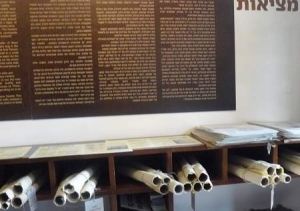 arkon. He was responsible for organizing the fundamental marketing and shipping systems for the oranges to Europe. New immigrants arriving a the port of Jaffa without official documentation,  were taken under his wing. He manipulated the situation until they were safely ashore.

After Shimon Rokach’s death in 1922 his son Israel was elected to represent the Tel Aviv  Municipality in his stead. Israel was deputy to Mayor Dizengoff and later became Mayor himself. For  the 36 years Israel was involved with the progress of Tel Aviv the population expanded from 4000 to 350,000 inhabitants.

The Rokach House was donated by the family as a museum to the district and was managed by a public body. However with the expansion of Tel Aviv , the Neve Tzedek area grew unfashionable, hence the house was abandoned and fell into disrepair.  In 1983 , the famous artist  and granddaughter of Shimon Rokah, Lea Majaro-Mintz restored the house to much of its original glory , opening it once again to the public. Lea still resides on the top floor of this unusual house and her unique, expressive  sculptures grace the entrance, courtyard and gardens. Rokach House is a respectful Museum tribute to an amazing, visionary family . Simple everyday objects are combined in the kitchen or dining room with historic pictures, photographs and memorabilia. Free standing fire stove or comfy arm chairs share space with maps and plans devoted to the growth of the city. The first floor  has been converted into a little theatre plus the courtyard hold productions (in Hebrew) overlooked by the flora and amazing feminine art forms.