We are fast approaching the Jewish New Year, Rosh Hashanah. The festival is observed for two days occurring on the 1st & 2nd of the Hebrew month of Tishrei, 5776 .This coincides with the Gregorian calendar dates of 13th (at dusk) to 15th September 2015.

What is Rosh Hashanah? Literally meaning ‘Head of the Year” it refers to the  anniversary of the creati 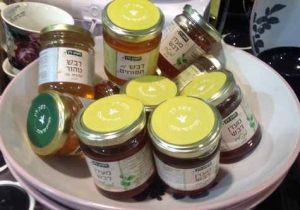 on of the first man and woman. You got it, Adam and Eve.  It’s a celebration of t 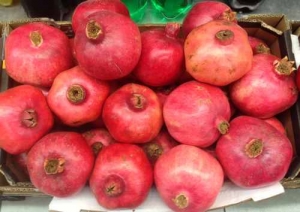 he relationship between  The Almighty and humanity. It is meant to  to emphasize the connection we share and the dependence we have on each other. From mankind’s side we respect the ‘greater power’  for our creation. We express gratitude for our physical form, our special spiritual being (the soul) and the knowledge instilled within us, our faith.  From the spiritual side, with our belief in our Creator, we are duty bound to spread his presence in our physical world. For this task he is reliant on us mere mortals!

It is the day we proclaim G-d as King of the Universe, in the hope that by doing so the divine power will grant the universe continued existence. The musical blasts of the traditional Shofar (ram’s horn used for religious purposes) represents the trumpets sounding off as in a regal coronation and, a reminder  to the world that this is the time for repentance. Rosh Hashanah although a celebratory holiday is also the anniversary of man’s first sin and serves as the first countdown of the Ten Days of Repentance finishing at Yom Kippur, the Day of Atonement. In traditional teaching Rosh Hashanah is also the Day of Judgement, where it is said a record of the destiny of each person for the upcoming yea 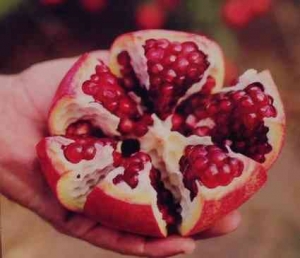 r is written in the Book of Like  or the Book of Death. But be not unduly worried, the final verdict is not ‘set in stone’ until Yom Kippur, so you have 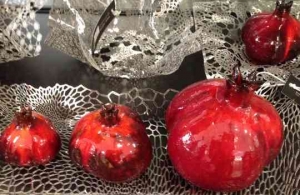 time to atone until then!

There are fortunately lots of Rosh Hashanah foodie customs, one of which is a childhood favorite of dipping crispy apples into sticky golden honey. Representing our wishes for a Sweet New Year, this along with the rounded challah which symbolizes the circle of time,  are signs which remind me of warm family celebrations on this festive day.

This year we shall be joining our extended Tel Aviv family to welcome in the Sweet New Year. We shall recite prayers for a long life filled with good health, happiness and prosperity. We shall say blessings over the the key elements of the festive meal. We shall listen to one hundred blasts of the Shofar in the distance and we shall  remember those who are no longer in our lives but will always be in our hearts.

We will indulge in the juicy ruby clusters of jewels hidden inside leathery skinned pomegranates. This ancient seeded fruit with its regal crown has much religious significance for the Jewish people as it does in health benefits! Eaten by the slaves in Egypt, it adorned the clothing of the Cohen’s ( high priests) and was engraved on the pillars of the First Temple 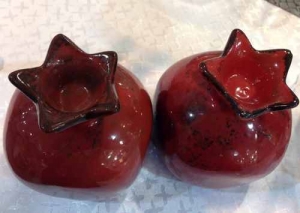 . It is as much a Jewish symbol as it is an Israeli food source.

However on the festival of  Rosh Hashanah,  pomegranates are eaten to epitomize goodness, an abundance of it! It is traditionally known from our seder school learning onwards that this fruit has 613 seeds. Each seed equates to a good deed (mitzvah) which means that we are suppose to keep all 613 of them (mitzvot)! It’s a tough order but no doubt  one we are qualified to conduct throughout our existence.

♥ I wish you and your families a super Sweet New Year!  Shanah Tovah!