Of course, on this Purim 2017 in Tel Aviv,  the major issue will be what to wear (sounds familiar?) Which costume will be most popular with the kids? Princesses or panthers, Hercules or superheroes? It’s all 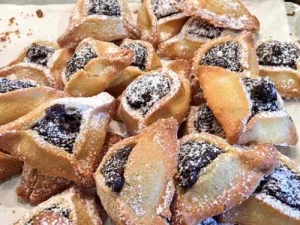 about dress up, face paint, wild wigs and false features! 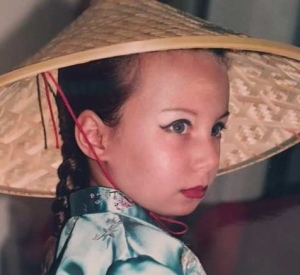 Aside from the festive fun, why do we actually celebrate Purim? As a young girl, I was taught this at Hebrew school, but even with my pretty good recall, I have difficulting remembering the exact details. Too many sugar highs in Purim!
Here’s a quick refresher from this Tel Aviv tale teller. I’d like to “purrfect” your party spirit!
The important part of this festival is the reading of the story, the Scroll of Esther (Megillat Esther). It describes how the evil prime minister and advisor Haman, under the rule of King Avashverosh, planned to exterminate all the Jews of Persia. He pronounced a “Pur” (hence the name Purim) which was that he cast a lot against the Jews but, fortunately, this was foiled by Queen Esther and her cousin Mordechai.  This outcome resulted in the failure of Haman vile plot and, fortunately, saved the Persian Jews from destruction.
When the Scroll of Esther is read in the synagogue, each time the villain Haman’s name is mentioned the congregation will react fiercely. They will boo, hiss and shake rattles called groggers as an expression of disdain against the man (earplugs advisable!)
As an aside, the Scroll of Esther is the only biblical book in which G-d’s name is not mentioned.  Traditionally in the past, Purim was known as a minor festival. However,  in later years, Purim was elevated to the list of major Jewish holidays due to the historical importance. Yet another story about Jews surviving against all odds 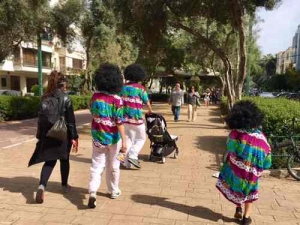 It is a time-honored tradition to dress up as the characters from the Purim story. Many young ladies often become Queens at this time of year (instead of Jewish princesses…)
Anything goes these days! In Tel Aviv, fancy dress includes everything from witches, warlocks, superheroes, ghouls, and ghosts  I’ve seen them all! The reason beh 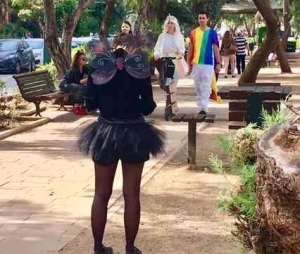 ind this elaborate costume dressing is because Esther initially concealed her Jewish identity at the beginning of the Purim tale.
Purim 2016 Tel Aviv will celebrate once again in style. Huge gatherings will form to listen to musical performances, watch parades and indulge in the lively atmosphere of this happy festival.  There will be happenings all over the city. Evening events at bars and nightspots and everywhere you visit locally, whether to the bookshop or the neighborhood cafe, each person will pay tribute to Purim. So if you see a waitress wearing a  pair of bunny ears, a crown or prancing in a tutu, do give her a big tip!
As in most Jewish festivals, food plays an enormous role and Purim is no different. We are encouraged to send Mishloach Manot (food baskets) to family members, friends and those in need ( plus the young girls and guys in the IDF). In addition, as part of the celebration, there is a festive meal.  At the Purim Se’dah (meal), the served dessert will be Osn
with sweet poppy seed, chocolate,  halva & other scrumptious ingredients. I am delighted to give a Sweet ending to what could have been a not so sweet story. Happy Purim!
♥Purim 2017
Begins on the evening of 11th March & ends on the evening of 12th March
Frances2019-02-27T18:04:09+00:00March 10th, 2017|Categories: General|0 Comments