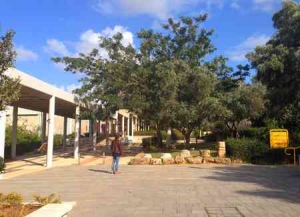 ue visit to the Eretz Israel Museum, Tel Aviv was the best idea I’ve had in a while. Apart from the new exhibitions & abundant treasures in the perman 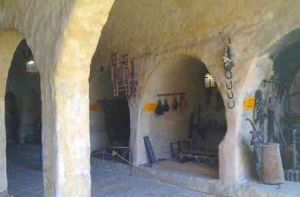 ent exhibits, my own Sweet treasure also “displayed” some surprising interest and knowledge! In fact so engrossed was he, that food was not mentioned for hours…

The Eretz Israel Museum, Tel Aviv is one of my favorite cultural venues. When the children were younger we would pop there for creative workshops in the vain hope that they would learn history with pleasure. Visits to the Planetarium were a must. A light & sound show where youth are excited and parents get a few minutes to relax in a seat!

The Museum has delightful pavilions checkered with interesting items of historic value among the greenery. The huge garden area surrounds Tel Qasile, the ancient site of many an important archaeological find from the Biblical period. Sweet man and I enjoyed the amazing views as the well the objects outside, childishly trying to outdo each other in guessing the history..

Once the wind blew my hair to 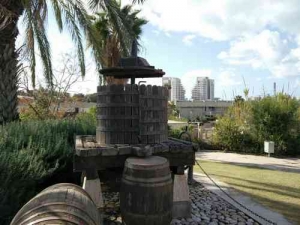 standing point we happily ventured inside, but not until referring to the guide map several times! Initially, we had planned to see all the new exhibitions but somehow got caught up in other things. As the museum focuses on 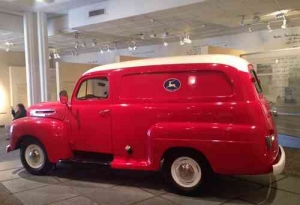 the culture and history of the Land of Israel it covers a wide range of subjects, so actually it didn’t matter that we were puzzled by the plentiful pavilions!

The Eretz Israel Museum concentrates on local identity. This includes archaeology, Judaica, traditional crafts and creative art, folklore, cultural and race history . It has lovingly restored ancient equipment, once of great importance to the community, such as an olive press , a wine press and a flour mill.  It has a craftman’s arcade complete with stone walls and arches where the traditional tools of the trade used in Israel and the region are displayed in deep caverns.

We concentrated on a few areas, the first being the Alexander Museum of Postal History & Philately. This was an elaborate and well thought out story of communication through the ages in every form from stamps to telephones. The second was Man and His Work Center, an exhibition devoted to traditional skills and ancient trades. 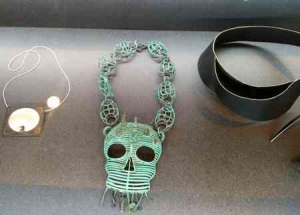 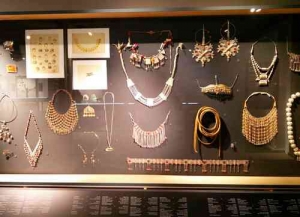 the Rothschild Center, a study of “the Land of the Baron“, a history of the this famous family’s connection to the State of Israel explained through photography & documentation with some wine stories thrown it too!

When finally we got to the ‘deja vu” point we decided to enter the new temporary exhibits that had pulled us to visit the Museum initially.

A Matter of Time/ Israeli Jewelry, was a splendid, one large room presentation of  local identity, which displayed Israeli jewelry design from the past and the present. It examined by example the history of jewelry in the region alongside the contemporary jewelry of today by Israeli designers. Spanning 60 years, it took us through multicultural creations from the mass immigration period & the establishment of the State, presenting pieces from known & lesser known jewelry designers. This is the basis on which there has 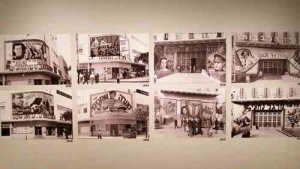 been international recognition for Israeli artisans. Of the new pieces most were made during the past year. Over 50 artists participated and over 100 works displayed. Some of the pieces were extraordinary creations of imagination & others a unique reflection of life crafted into a wearable item.

Allenby & Mograbi, a Sweet exhibition of preserved photographs posters showing the exteriors of Allenby & Mograbi cinemas between 1931 to 1959. A tribute to the immigrants who established them and a  visual story about the venues in their hay days!

World Press Photo Exhibition An awesome presentation of photography with some graphic images of life as well as quirky compositions, using the superb skills of the seeing lens. 100 local exhibitions are produced every year of prize-winning photographs which tours the world. For a limited time, this event is hosted by 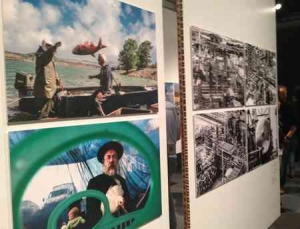 Do visit this wonderful museum, there is always something new to see and something old that has been passed over! 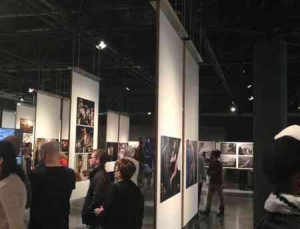 Press on link above for additional details.